A brilliant Toby West takes out the Open series final

It was a good night at Gawler for the 10 race card on Sunday, and one of the impressive performances on the night came from Toby West, who was outstanding in the final of the Open grade series. Coming out from box 7 against a couple of slick sprinters, it was always going to be a challenge, and the fact he was last and wide early certainly ensured that. His work midrace however was electric, and before they had turned for home he found himself outside of the leader. It was all over from there as he put away the race emphatically in the straight, storming away for a BON 22.52. He is certainly going well! 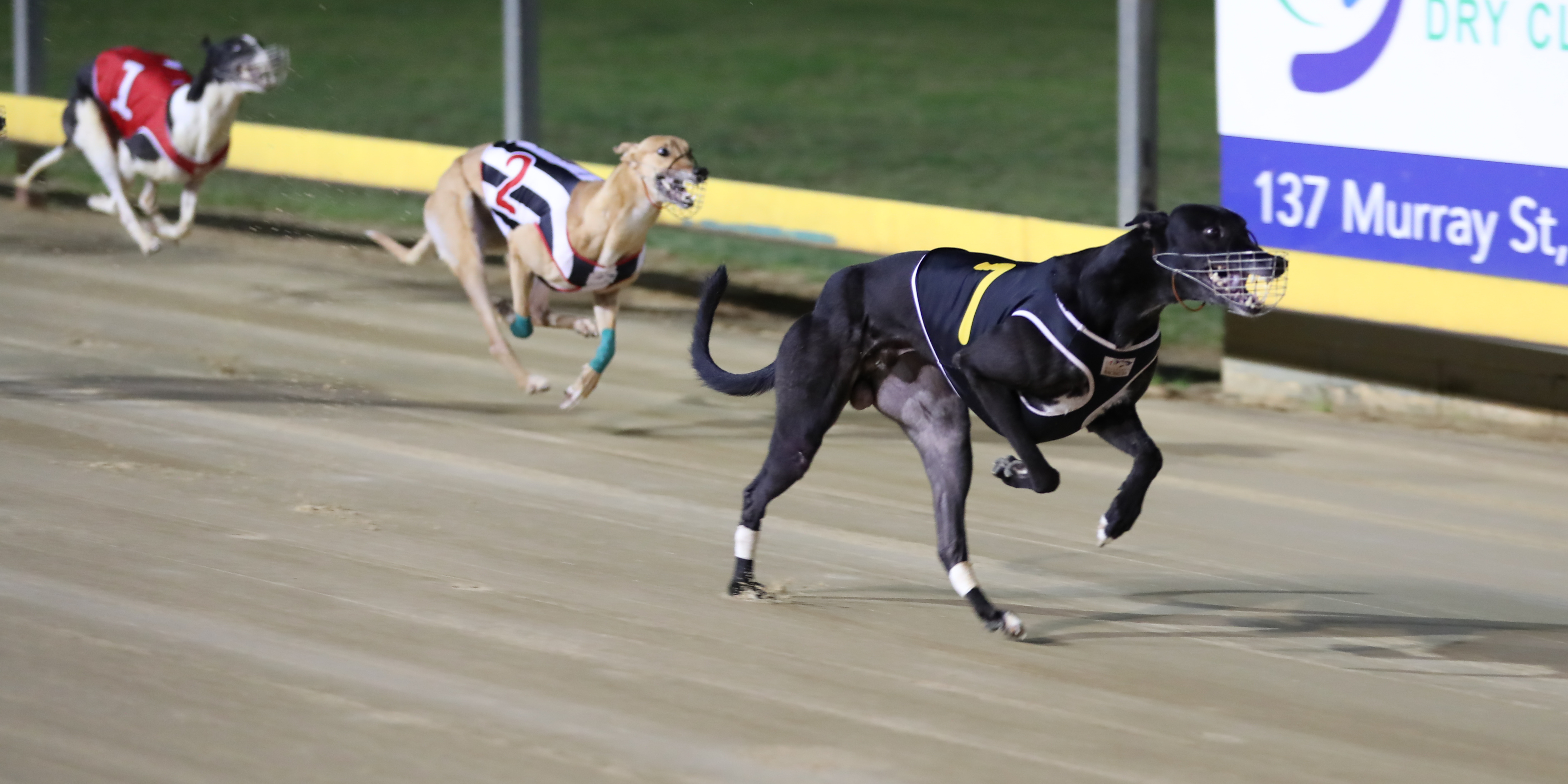 Bob Fletcher has only been training Sold No Houses for a short period, and on Sunday the Red and Brindle dog landed his first win for Bob, and just his third win in his 70 start career! He was rearward early, but up the back he made a fantastic mid race move, before being hampered for a run on the turn. He was able to keep it at and in the straight he was far too strong, as he pushed through a gap and hit the front. A deserved win for Bob and Sold No Houses!

Spring Harbour landed a good plunge on Sunday night, as he stepped back to the 400m trip for his first start in a month. It looked a winnable race, but punters were certainly concerned early as he found himself behind a couple of chasers and in need of a run. He was right on the leaders heels the whole way up the back, with alarm bells starting to ring when he was still searching for a run as they hit the turn. Spring Harbour was not phased though, as he just barged his way to the outside and put the leaders away in a couple of strides, scoring impressively in 22.96.

One of the eye-catching runs from the night came from Svitolina, who had first ever 500m start, after a short freshen up. With Shall Not a $1.15 favourite in the race, it looked to be a pretty simple script, and that he would lead comfortably and win, but the black bitch had a bit to say about that. Svitolina came out on roller skates, as she clocked a 3.14 first split and landed a length in front of Shall Not. Unfortunately for her, she let Shall Not get underneath and he pinched a break up the back, but Svitolina was not done with yet, as she started to take ground off Shall Not and appeared a chance to pick him up late. Shall Not was too good and won in 30.82, but Svitolina was very admirable in defeat and she will be winning shortly over the 500m trip.

Racing continues at Gawler this week with racing on Wednesday and Sunday. Next Sunday will have heats of a grade 5 masters series and a NP 643m race.