Three weeks on the road for the Emily Azzopardi kennel was repaid by her young chasers when she was able to quinella the prestigious Fresh Pet Food Co SA Champion Puppy final last night at Angle Park with Monique Keeping etching her name onto the honour roll.

Emily and her partner Matt Lanigan have travelled across to SA from their home state of Victoria for the past couple of weeks trialling at headquarters with their four kennel representatives, then qualifying three through to final and then running the quinella with Monique Keeping and Angus Keeping in the feature event and for moments late in the race it looked like Melissa Keeping would run the trifecta however she was just beaten in a photo into fifth.

It was a wonderful training performance by Emily to have three in the final and the punters rallied behind Angus Keeping before the jump after he had drawn nicely in the 1 box to start favourite just ahead of the Kim Johnstone trained Rushes Raw who was drawn out in box 8 like his heat win, with Monique Keeping on the third line of betting from box 5. As the start was affected all eight greyhounds came out running as they charged to the first turn with Queen Of Scotch for Tony Rasmussen gaining a slight ascendancy from Angus Keeping with Monique Keeping moving to third as the young speedsters jostled for position. With tight racing and shifting Rushes Raw was checked back to last while Angus Keeping railed hard on the inside of Queen Of Scotch to take the lead but was quickly joined on the outside by his litter sister Monique Keeping who was challenging hard. Into the back straight and Angus and Monique had cleared out from their opposition as brother and sister laid it all on the line. Back in third was Fifty Eight for Don Turner with Melissa Keeping making ground to his inside. Finniss Redeem for Lauren Harris from her wide draw had found her way to the inside and began to make ground from a long way back. Off the back straight and it was neck and neck with Angus Keeping and Monique Keeping engaged in an absorbing dual while kennel mate Melissa Keeping had found her way to third. As they rounded the home turn Monique Keeping gradually gained the ascendancy and was able to move clear from Angus to record a wonderful win in a flying 30.66 by 1.75 lengths from Angus Keeping, claiming the $10,000 first prize. Flashing home for third in a tight photo was Finnis Redeem a further 2.75 lengths away just ahead of Fifty Eight and Melissa Keeping.

Monique Keeping is by Fernando Bale out of Caitlyn Keeping and owned by Charmaine Roberts from NSW. Monique Keeping has now won 5 races from her 18 career starts with 6 minor placings and prizemoney around $23,000. SA fans will hopefully see more of Emily in the coming months with the likely scenario that she will bring her team back for the Group 3 SA Oaks and Group 3 SA Derby series in September. 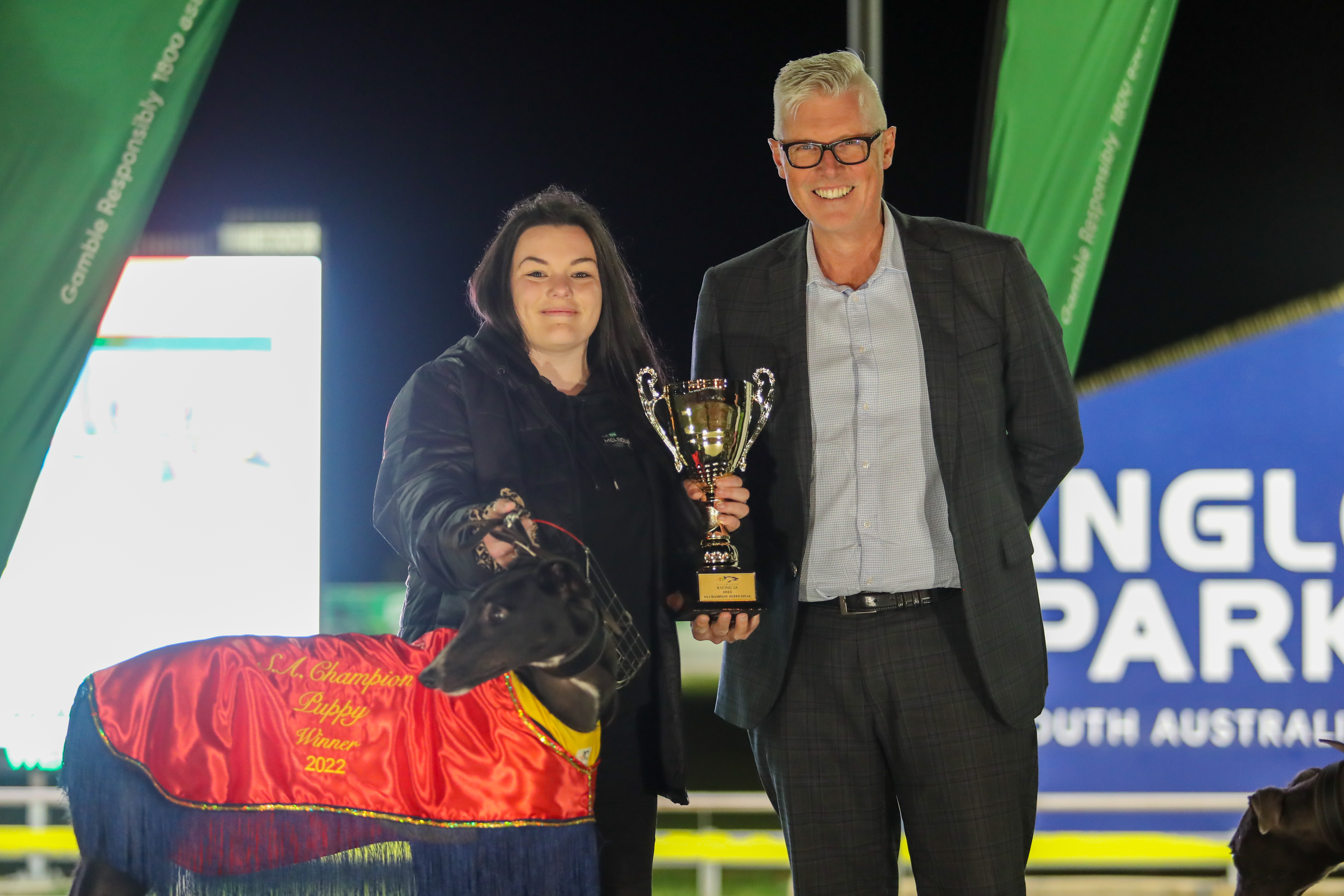